Last weekend I was out at a soft play centre with my friend and our children when she asked me a question:

“What even is there for women to do in their thirties once you’ve got a kid and can’t or don’t want to go out like we used to?”

This really got me thinking. The diabolically named 18-30’s holidays were all the rage when I was younger. I didn’t really take part in all that, but I lived the carefree lifestyle of the 2000’s generation. Nights out, studying, relationship dramas, all the chaotic fun of life before social media really even existed. It was a party all of its own kind.

I’d just never really considered what happened when the party was over and the wilderness of the world after 30 would hit hard. And suddenly, here I am.

I’m on the opposite side of thirty now, and to be honest, I really don’t hate it. Of course, there are some aspects of it that freak the life out of me (vanity based, mostly) but for the most part, it’s not terrible. I like to think that I’m able to take off the rose-tinted glasses when looking backwards, but I kind of wish I had a pair that would help me when looking forward too.

I’ve got some parts of my life together and I’ve swum through enough of life’s proverbial deep end to know how to handle myself. Having said that, I think that my friend and I have accidentally hit upon a thought nugget that I’m interested to try and pull apart, metaphorically speaking.

Are you there yet?

Ok, a disclaimer: having children and lifestyle responsibilities and all the other unavoidable stuff that comes along with being an adult is tough at any age, but I think that maybe those who’ve done it in their twenties may have had the right idea. Having done the graft earlier, they now have the option of exploring the joys of Thirtyhood to the fullest. Which means options.

God, how I miss having options.

Maybe the younger parents had the right idea. When they’re into the Thirtyhood, some of their kids will be nearing double figures. They’ll be free to explore things again, achieve their goals, start over.

On the other side of that coin are those of us who are currently wading through the child-rearing, home-owning years of stress right in the middle of the Thirtyhood. How are we dealing with it? I’m mostly handling it badly, it by getting stressed at every minuscule thing that dares to breathe in my general direction, but that’s by the by.

Finding a way through the Thirtyhood

More importantly, what else does the Thirtyhood have to offer? It can’t all be about our kids, soft play hell and expensive as hell coffees in cafes we don’t really want to go to but have to because of the kid-friendly activities we subject ourselves to? Maybe it’s just me. Maybe I need to broaden my horizons a bit. But it’s just so tiring.

What else does the Thirtyhood hold? I don’t want to turn around when I hit 40 and realise I don’t know what happened to me for the previous ten years. It’s looking increasingly likely that that’s going to happen though, so I have to find a happy medium, fast.

It’s not all doom and gloom though. There are some positive aspects to being a member of the Thirtyhood’s community. My tolerance for situations I don’t want to be in has almost vanished. I’ve become more assertive in my work life and I’m often more focused on getting things done. Still, it gets a bit lonely at times as we all orbit our own family bubbles, independent of one another but connected on the same experiential plane.

Is there a middle ground in the new-look Thirtyhood night out that we can have fun in – without either being bored out of our brains by 9 PM or by getting dragged drunkenly home from a nightclub?

Do we have to just resign ourselves to a life of yoga classes, occasional solitary running and now almost necessary counselling sessions? Crafting, cooking and bloody school-run politics?

Friendships are also really difficult to maintain during these years as we’re all so busy with the daily dross of our domestic situations, which is hard, but a factual part of the Thirtyhood. I miss my friendships from my twenties, even though I wouldn’t trade the life I have now for the days of all-night partying. Still, there should be a bit more of a happy medium.

The Thirtyhood is a confusing neighbourhood to navigate. Where do we find our way back to a life beyond parenting and housework?

I want to hear your ideas. Tweet me over on Twitter or drop me an email if you’re interested in guest posting about your own experiences of the Thirtyhood. I’m really interested to see how other men and women manage to sculpt their lives and careers in the wilds of the third decade! 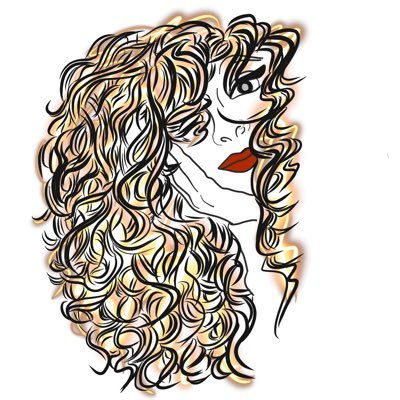 If you’d like to support my work by buying me a coffee (or tea, if you know me well), then check out my ko-fi page, where I post regular pictures and updates. I also have subscription packages available if you’d like to access my special subs-only content! You can also commission me to unique create art or design work for you.

Some of the links you may see on this site are affiliate links. This means that at no cost to you, I’ll sometimes make a small commission if you click on a link.

If a post has been created in collaboration with or sponsored by a brand, this will be disclosed in the post. This helps with funding the running costs of my website. Please visit my disclosure policy for full information on some of the ways I work with brands and partners.

This website uses cookies to improve your experience while you navigate through the website. Out of these cookies, the cookies that are categorized as necessary are stored on your browser as they are essential for the working of basic functionalities of the website. We also use third-party cookies that help us analyze and understand how you use this website, as well as for personalised advertising and social sharing functions. These cookies will be stored in your browser only with your consent. You also have the option to opt-out of these cookies. But opting out of some of these cookies may have an effect on your browsing experience.
Necessary Always Enabled