Believe it or not, I am now SIX WEEKS into Operation Declutter. That’s right, six weeks. It’s still not anywhere near finished, but you know what, that’s ok. The Easter holidays interrupted progress for a fortnight, as it was pretty impossible to do any real work on it with a small person running around mid-purge. Still, it’s finally time for back to school, which means I can pull my finger back out and try and head towards the light at the end of the tunnel.

If you haven’t read my earlier posts on decluttering, then you might be unaware that I’m currently in the middle of a live-action episode of hoarders. Ok, it’s not quite that bad (I hope), but in order to try and restore some calm to my home and my wellbeing, I’m purging my house of as much unnecessary stuff as possible.

So far I’ve managed to declutter a lot more stuff than I was expecting to, and while it’s not 100% there yet, I feel like I can put together a guide of sorts for anyone wanting to tackle their own clutter mountain. So, without further ado, it’s time to write down what I’ve learned so far in this, the ultimate guide to decluttering.

Remember, I’m no expert on how to completely purge your home of clutter, but if you’d like to find out more then keep reading!

The ultimate guide to decluttering (sort of)

Mantra number 1: this is not a Spring Clean. Yes, there’ll be some cleaning involved, but the main purpose of Operation Declutter is to cleanse and purge your home of the stuff. Lots of it. What you’ll find if you approach this task with the idea of it being a spring clean, is that you’ll have a nice smelling, tidy-ish looking home…that’s still cluttered to bits.

Spring cleaning is one thing, decluttering is quite another. For many of us, this will be hard work physically and emotionally. Decluttering means letting go of things you may have grown attached to, or that hold sentimental value. I can tell you from experience that this has been the hardest part of operation declutter so far.

It’s still worth doing though, because there really is a lot of truth in the ‘tidy home, tidy mind’ idea. I’m feeling a lot more relaxed and comfortable in my house than I have in the last few years. I really do think this is down to the freeing feeling of finally being rid of ‘the stuff’. Anyway, let’s get started.

The first day, you’ll want to blast through everything with your binbags and your charity bags. Resist this urge until you’ve got a friend with you to make a start. Otherwise, you’ll go in, get distracted within minutes and not actually get rid of anything.

The starting point is a friend – someone who isn’t emotionally attached to your belongings in the same way you are. That person can be the voice of reason when you get stuck in the bags of sentimentally-charged stuff you’ve stashed for the last few years and not used.

Find someone who can be the starting point for you, and let them help you. This will be hard for you at times, especially watching them bag up things you want to look at. My advice would be to let them do what needs doing while you get on with something different. Out of sight, out of mind.

Other people need your stuff

Remember, when you’re decluttering, you’re not being wasteful. If you allow yourself three piles – donate, bin and keep – always make sure your donate pile is bigger than your keep pile, and at least equal to the size of your bin pile.

I really struggled with decluttering Small-Me’s baby clothes, but my friend reminding me that another family would get some use out of them was what really helped me to let go. I kept some things, but most of it went, and once that plaster was ripped off first, everything else became much easier.

Do one room at a time

I can’t stress this one enough, because I haven’t stuck to it at all. Things began well with operation declutter, and I was working on the two attic rooms for a good week.

However, as I moved downstairs, I started to do a bit here and a bit there in other rooms. Before I knew it, there was stuff just literally everywhere. I cannot tell you how much this made things worse in the short term. So, if you can, just do one room at a time, and be thorough.

You’re going to hit a wall, around week three or four. This is going to be hard because it’s around the point where the decluttering process gets boring and annoying. Just have a look at the progress you’ve made in the rooms you did in week one and two, and remember the greater good that’s at stake; a life of minimal clutter.

It’s going to be tough to push through this bit, but even if things slow down, that’s ok, just give yourself a break and go back to it. Don’t be tempted to give up!

With less stuff, you can start to simplify your current (or lack of) storage systems. Now’s a good opportunity to think about shelving, cupboards, containers and boxes – do you have enough? Do you have too many? Can you simplify the stuff you do have left, so that it doesn’t end up all just thrown together and spilling out all over the place?

Storage solutions are important for your new, clutter-free life going forward. Plus, you’ll feel a lot better with it all looking more organised, even if there’s now (hopefully) less clutter.

There will be points where you get really, really stuck on whether or not to keep things. In that situation, you’ve got to ask yourself the following:

Be really brutal with your answers, otherwise, you’ll just end up stuck in a cycle of keeping stuff that you’ll agonise over. I’m breaking out of this cycle gradually, but the more you do it, the easier it starts to become.

Plan ahead to avoid history repeating itself

Commit to your new life of minimalism with a plan for the future. The last thing you want to do is have spent ages decluttering like crazy only for the crazy to creep back in slowly. This is where your new storage systems come into play.

For example, I’ve decluttered all my make-up and jewellery bits into about three boxes. If those boxes start to get too full, they’re getting purged again. Also, if the boxes overflow, I know that I’ve gone too far with buying/keeping stuff. The three-box rule is one I’ve created for this aspect of my life, but it could definitely work for other areas too.

Don’t be hard on yourself

I’m not going to lie to you, this will get boring. It’ll also get hard. Don’t be too tough on yourself if you can’t be bothered anymore. That’s fine – have a day or two away from it. But remember the greater good here, and go back to it with a fresh mindset.

Even if your pace slows down to an hour a day, it’s better than nothing at all. You can do this, but changing a cluttered home is like changing an entire lifestyle, so go easy on yourself if you don’t get it all done straightaway. Decluttering is definitely a marathon, not a sprint!

Take photos of your decluttering work

Or even videos! If you document your progress visually each week it is so much easier to stay motivated. On the days you feel like giving up, look back at how far you’ve come from your starting point, and remember that you can keep going. It’s a really motivating and satisfying way to get back to it after a slump.

The ultimate guide to decluttering (so far)

So there you have it, a few of the things I’ve learned so far about decluttering. I’m still working on mine, but it’s definitely looking better, as anyone who’s watched my Instagram stories will know. I’ll hopefully have a progress update soon, once I’ve pushed through this six-week mark!

Have you been planning a purge of your own? Let me know in the comments how you’re finding it, and if you’ve found this post helpful I’d love it if you gave it a share. You might also like my Operation Declutter boards on Pinterest, where I’ve put together some posts and resources that you might find helpful too. 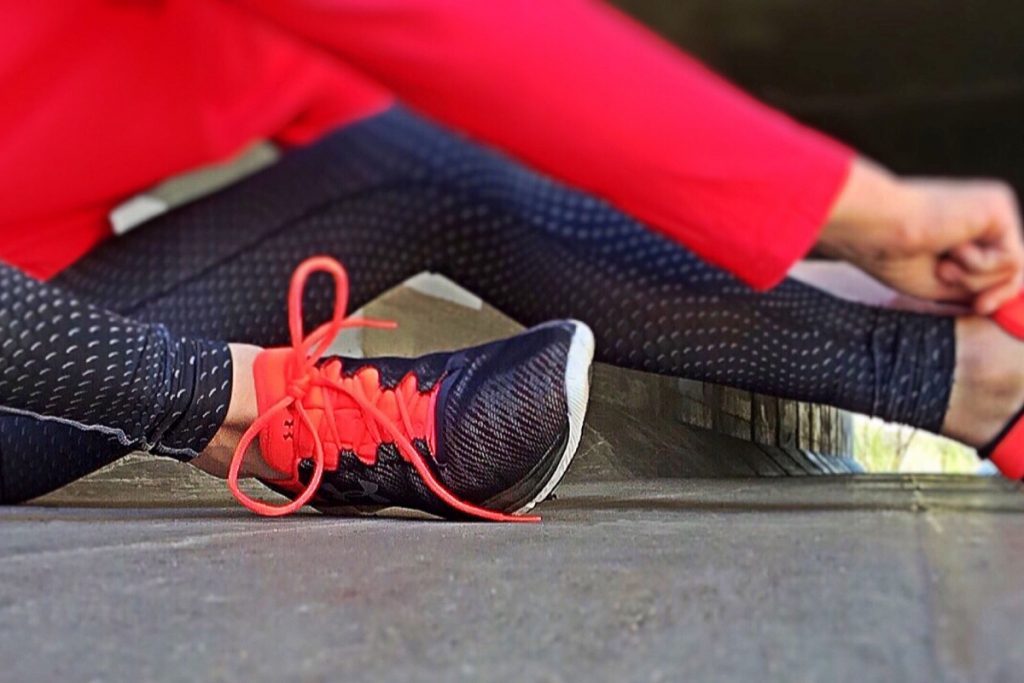 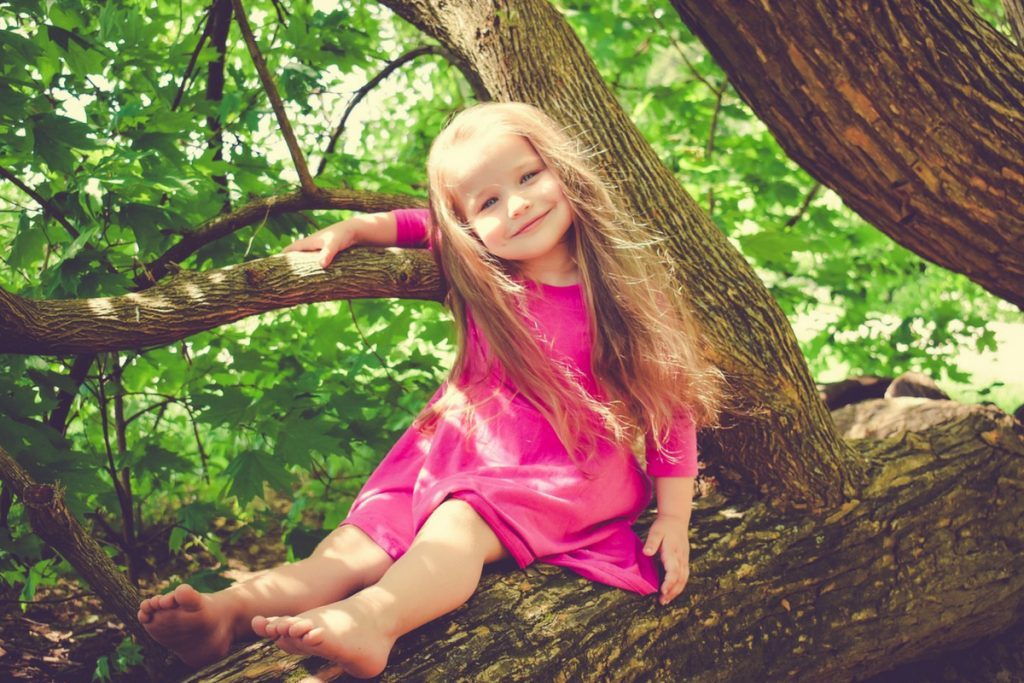 2 thoughts on “The Ultimate Guide To Decluttering”